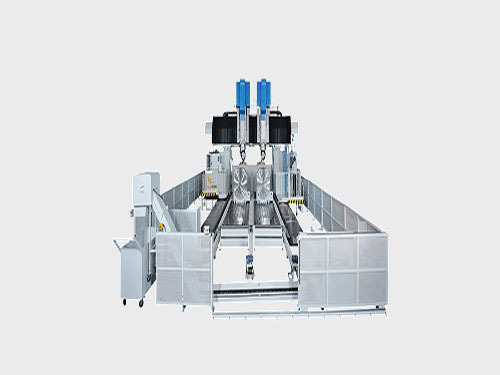 It is expected that the growth rate of demand in the machine tool industry will slow down in 2015, and the managementâ€™s stable growth intentions will be highlighted. The steady growth and transformation in the latter stage will be presented simultaneously. The growth rate of the industry's profits began to decline after a relatively high growth at the beginning of the year was mainly due to the slowdown in demand growth and rising cost rigidity. As the scale base increases, the difficulty of achieving growth will increase, and the pressure of the market to force industry transformation and upgrading will continue.

However, at the press conference held in Beijing on the 13th, Chen Huiren, executive vice president and secretary-general of the China Machine Tool & Tooling Industry Association, stated that in 2015 China's machine tool industry is expected to go out of the downside, and it is expected that the overall development of the industry will be the same as or slightly higher than the previous year. .

Chen Huiren pointed out that 2014 was the year in which the machine tool industry was under downward pressure, and it was also the year in which the industry structure was adjusted. The industry players still have not moved out of the downside, but the downside has obviously slowed down. In 2015, the domestic macroeconomic environment is not expected to undergo major changes. However, due to the gradual adjustment of the industry in recent years, and the potential for improvement in domestic investment conditions in 2015, and the release of some of the demand, it is expected that the industry is likely to step out of the downside in 2015.