1. The transfer function of coal supply M and heat release Q in the combustion process is:

It can be seen from the equation that this process is a pure delay link, and K is the combustion link factor.

2. Endothermic Evaporation Section The total boiler heat absorption in this section consists of two parts, part of which is taken away by the superheater (D) and part of which is the incremental heat storage of the boiler (Pb). Its transfer function is:

4. Steam flow link The link between the main steam pressure Pm, the boiler evaporation volume D, and the total steam consumption Dt of the steam turbine is the link transfer function:

By synthesizing the above links, a block diagram of the main steam pressure controlled object can be obtained, as shown in FIG. 2 . The liquid control object is not introduced here.

In Figure 2, M is the coal supply quantity; P is the main steam pressure: Q is the unit load.

1. The dynamic characteristics of the main steam pressure controlled object under disturbance of coal supply are analyzed. When the coal supply disturbance is assumed, the load is unchanged, and its object transfer function is: 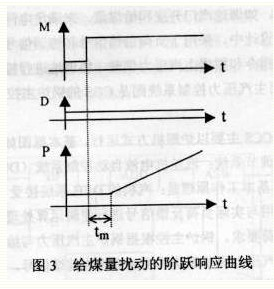 When the load is disturbed, it is assumed that the amount of coal is not changed. When the load rises, the speed control valve opens large, and because the same amount of coal is fed, the evaporation does not change, and the main steam pressure decreases continuously when the speed control valve opens. On the contrary, the main steam pressure rises. As shown in Figure 4. 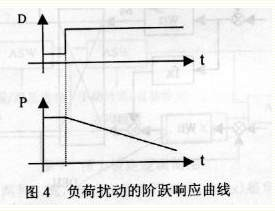 2. System design In the actual operation, CCS of our factory mainly operates in the way of the stove heel. The basic block diagram is shown in Figure 5. The basic composition of this coordination system includes two feedback regulation systems: the turbine electro-hydraulic fluid automatic control system (DEH) and the boiler main steam pressure automatic adjustment system (boiler main control). Its basic working principle is: The DEH system of the steam engine receives the actual load command signal given by LMCC as a given value, and then uses the microcomputer output signal after the logic operation processing with the actual load feedback signal to control the throttle opening of the speed control valve. Meet load requirements. The boiler master controls the deviation of the boiler main steam pressure and the given value and controls the speed of the coal feeder after logic calculation. The main steam pressure regulation system adopts power as a feedforward signal to overcome the delay caused by the inertia of the main steam pressure regulation object, speed up the adjustment process, and maintain the system stability. At the same time, the coal feed signal is accepted as the feedback signal of the inner loop, and the effect is to eliminate the influence of the coal feed disturbance on the main steam pressure. Therefore, the main steam pressure control system is a cascade control system with feed forward, that is, a compound regulation system. The coordinating system of the hearth machine mode, because of the rapidity of the load response and the necessary stability of the main operating parameters, and the adjustment of the adjustment system are relatively convenient, so the operation of the four units in our factory is adopted. 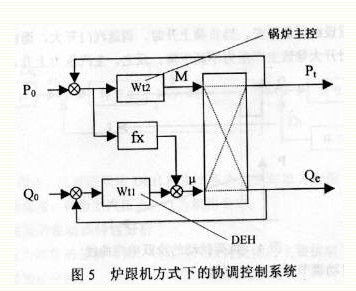 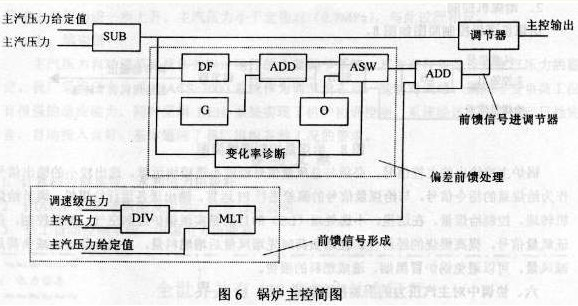 When the deviation change rate is less than 0.016MPa: Yo=KAp+âˆ«Î”Pdt+PI*Pts/Pt

When the deviation change rate is greater than 0.016 MPa: Yo=KAp+âˆ«Î”Pdt+Pi*Pts/Pt+Î”P*G+TdS*Î”p

The main control signal output from the main control of the boiler must be subjected to a small selection module operation with the total air volume signal, and a smaller output signal is selected as the command signal for the coal supply amount, and the deviation from the coal supply signal is PI-calculated, and the output is sent to each operation. To the coal machine, adjust the speed of the coal feeder and control the coal supply. Here, the purpose of the small selection process (LS) is to achieve boiler excess air and fuel control, ensure the oxygen signal, and improve the economy of combustion. When the load is increased, the amount of fuel is increased after the amount of air is increased first, and then the amount of air is reduced after the load is reduced to avoid the black smoke of the boiler and the waste of fuel.

7. Conclusion The main steam pressure automatic adjustment system is used as the main adjustment system for boiler operation. Its main task is to maintain the stability of the main steam pressure. After adopting Hitachi's HIACS-3000 system as a regulating device, our plant has a strong ability to adapt to varying load conditions such as peaking and frequency modulation. At the same time, the DEH system is used to achieve coordinated control of the furnace. After several rounds of debugging, the system has been increasingly perfected, and the automatic input has been good. It has basically adapted to the requirements of various operating conditions of our plant units.

Corn flour mill uses dry corn deskin and embryo removal technology, and the rate of leather embryo removal is relatively high. At present, China has the least occupied area, the highest degree of automation, the least investment and the most extensive processing equipment.

The corn flour mill separates the peeling system and the beating system, and uses one power to drive the two machines into one. It can avoid corn husk mixed with corn bran, save manpower, space, equipment investment, and convenient operation.
Corn flour mill can process corn, such as cleaning, peeling, removing embryos, removing roots, removing black umbilicus, crushing, picking, grading, polishing and selecting. It is suitable for small processing households to be used for external processing. 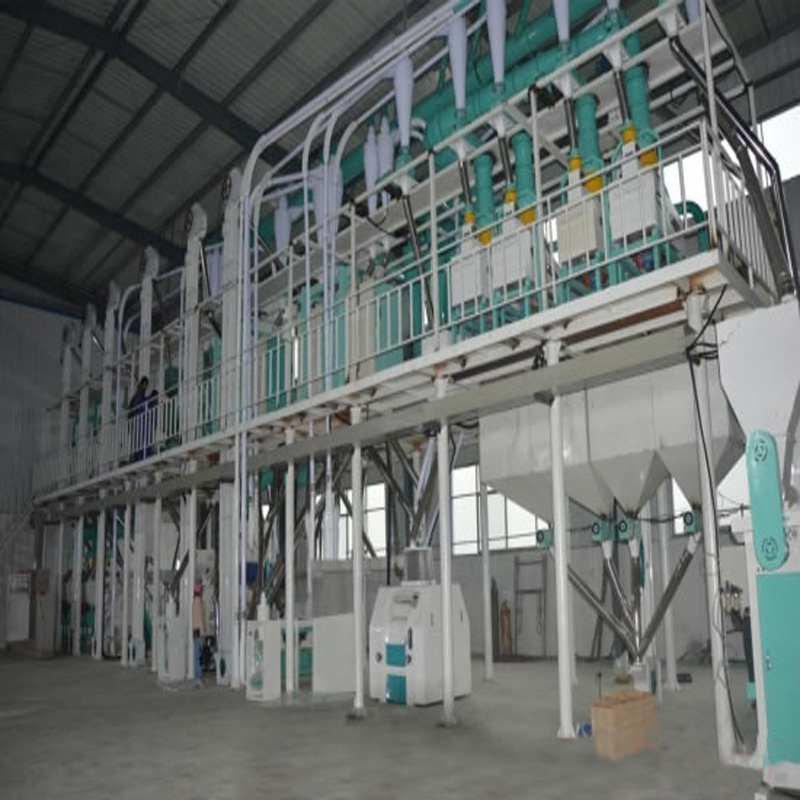 If you have any questions, please contact with us directly. Welcome you can visit our Factory.For inqury,Please send mail directly to us.